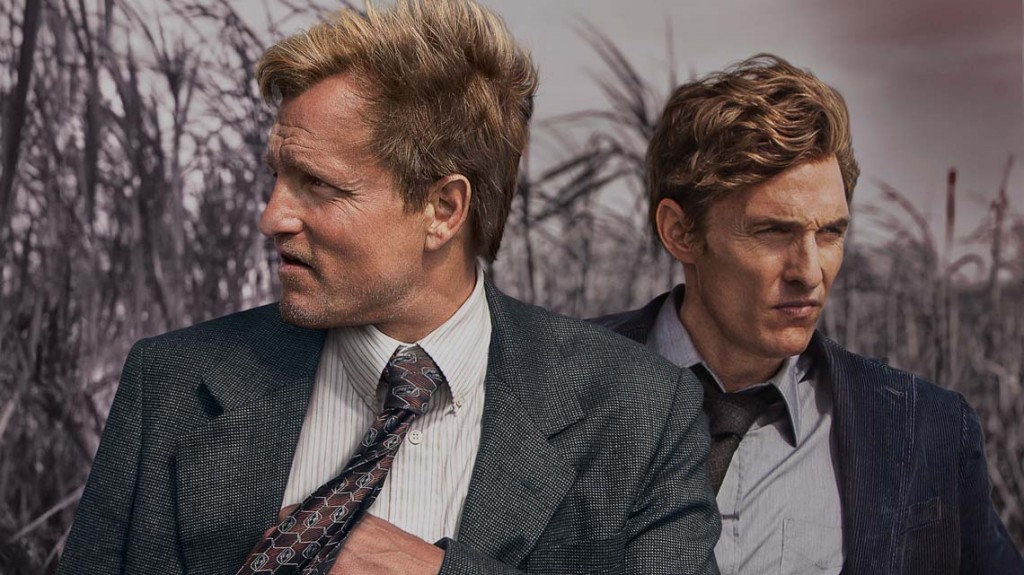 I am very excited about True Detective season 2. Not because of the show per se, but because like American Horror Story the show will be “rebooting” its cast and story every season.

Congratulations, anglo audiences! You are starting to make telenovelas.

Telenovelas are Latin American soap operas and they differ in one crucial point from anglo shows: they are finite. They have a beginning and end. They generally last for about a year. The limited time span of the telenovela allows for a lot of variety. You have all kinds of  genres (musical, teen, historical, noir, etc) and stories, and then next year you’ll get a new batch of shows.You can even get remakes, so telenovelas that first aired in the 60s or 80s can be recast and filmed again for a new audience.

The format allows viewers to enjoy many  different stories within a certain genre. You know what to expect within the constraints of the genre, so if you are like “Man, I need a gritty noir kind of regular entertainment” you’ll tune up at 9. And when the show concludes after a year you tune up at 9 again because some new gritty, noir show will start but this time it will be set in 1950s Mexico rather than contemporary Tijuana, for example. It’s great for writers and viewers. Storylines don’t drag on forever, you can experiment and explore.

Americans don’t seem to be able to quite use the same formula (they must package the shows under the same name, such as American Horror Story Season 2 rather than start a new show called Something Else, for example) but the move is really exciting because the American shows are shorter. Telling a finite story within 12 episodes sounds amazing to me. It has the benefits of the telenovela storytelling combined with a short TV season.

Below, two very different telenovelas (yeah, these are super corny openings! But it’s the 80s).