I have been keeping track of all speculative fiction published by Latin American/Latinx/Chicano writers published in 2017 in English. Caveats: I asked people to submit their own work and added works I knew were coming out, however this may not constitute the entirety of all works. I did not look at graphic novels or comics. However, I think this is useful information.

A total of thirty-eight works entered corresponded to short stories. However, nine of those belonged to a single book, Latin@ Rising, a themed anthology. Once you remove that anthology the number of short stories falls below 30. 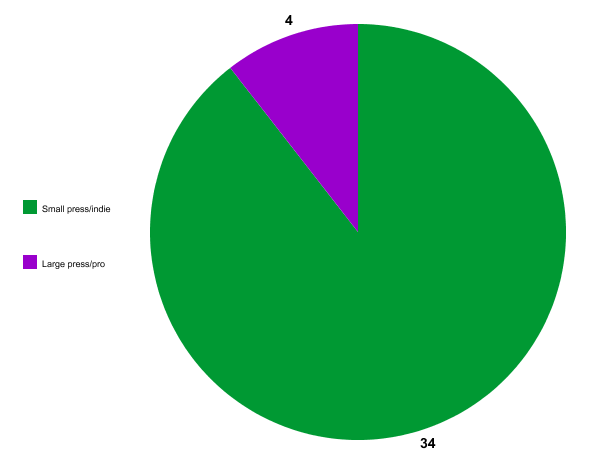 This may affect the visibility of the writers, as they are less likely to be read. The huge shift that a single publication, like Latin@ Rising, can have on the number of stories published should also be noted.

I am a co-editor at The Dark and although this year our writers have been 40% POC, none of them are Latinx. We do not get many submissions by this demographic. I can’t provide an answer to why this is the case, except that there are less magazine markets for Horror than there are for other genres, which may make it less attractive to writers. And yes, I welcome your submissions. 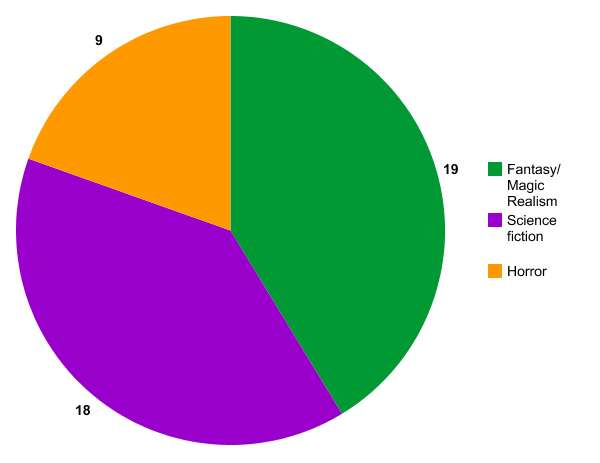 Latinx writers published 17 novels.* Most of the writers reported these were published by large presses (13) versus small presses or indie (4).**

It would seem novelists are finding at least some success with larger publishers, which included Tor (3 books), Ace (1 book) and Random House (1 book).

Most of these novelists are writing fantasy or magic realism. Only three wrote science fiction and only one wrote horror.

I did not ask whether a work was Adult, YA or Middle Grade, but looking over the list of books several fall in the YA category. 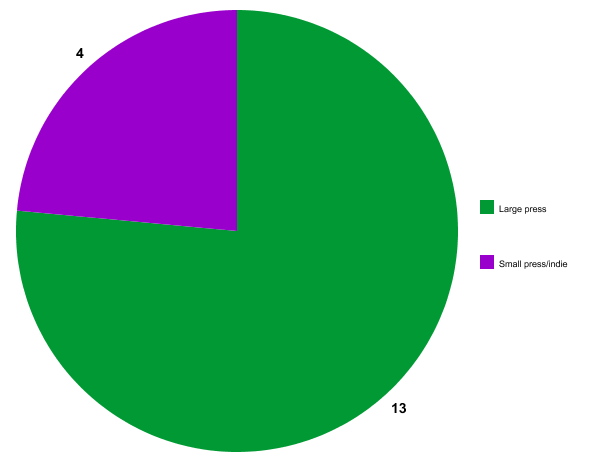 Short story collection and other

Five short story collections appeared on the list, all by small presses or indie published. There was also an ongoing serial.

Both of the items in this category were small press or indie.

Although Latinx constitute about 17% of the total US population, they represent only a small fraction of SFF writers. I believe the same situation that takes place in children’s literature, happens in SFF. Looking at several children’s books surveys I’ve noticed Latinx writers tend to be less well represented than other groups, except for Indigenous writers, who have even woefully worse numbers than we do. 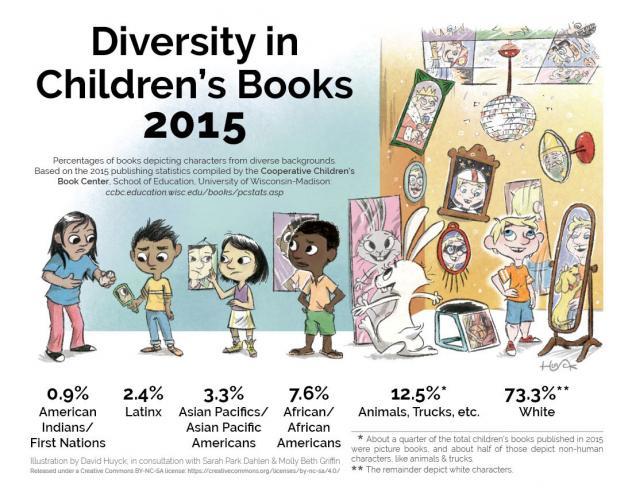 This is not to say that we are not publishing. As you can see, short story writers are releasing work, albeit most of them in small venues. Novelists are publishing books both in Adult and YA imprints. Yet there is still a huge lack of visibility for Latinx writers.  I invite you to find some of the short stories and works on my list and to take a look at this Goodreads list of titles. There are broader lists dedicated to SFF writers of color.

*One novel, Labyrinth Lost, was published in 2016 but entered in the database presumably because the paperback came out this year. I did not include this in the count but it is listed in the raw data.

** I would disagree with the classification of a few books (large press vs small), but the data was entered by the writer and I have not modified it.