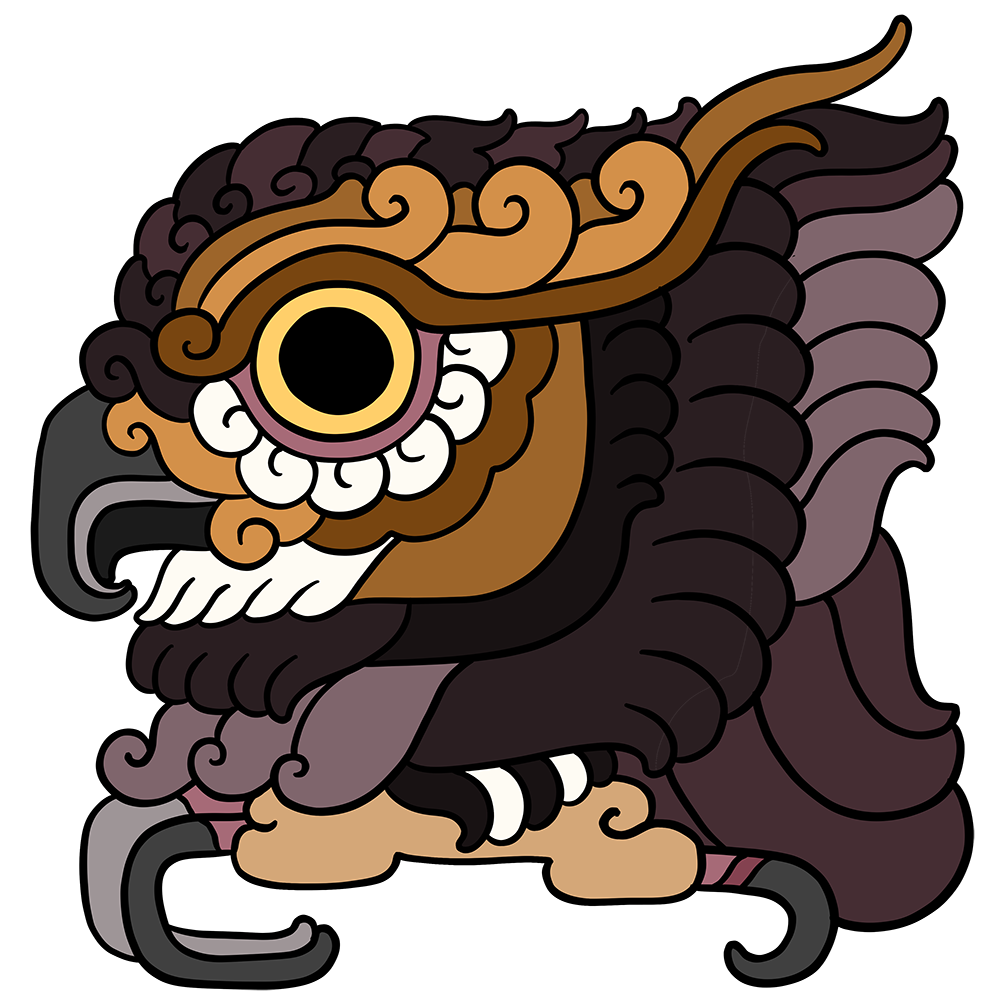 Gods of Jade and Shadow will be out in four months and it’s time for another post about the book. This time, it comes with a handy dandy illustration by Mexican artist Monarobot, which I commissioned. Why owls? Well, two owls appear in the novel and serve as messengers. But before you start talking about Harry Potter let me tell you that no, I didn’t take my owls from there. Owls appear as messengers of the Lords of Xibalba, the Underworld, in the Popol Vuh. This makes sense since owls are nocturnal.

There are more than two dozen species of owls in southern Mexico and Central America. The owls depicted in ancient Maya art are the great horned owl (Bubo virginkmus) and the screech owl (Otus guatemcdae) (Benson, Birds and beasts of Ancient Latin America). Owls are sometimes shown sitting atop the head of a deity. One of the most famous depictions of an owl in Maya art is the headdress of God L.

The screech of the owl was considered a message of the Underworld and a portent of bad luck, an idea that is shared across Mexico (Cápsulas de lengua: Las palabras y sus historias, Arturo Ortega Moran). There’s a famous saying: “Cuando el tecolote canta, el indio muere.” This means “when the owl hoots, the Indian dies.” The Mangy Parrot, a well-known 19th century novel, features the following passage:

“And they set before his bed a crucifix and a candle at his feet. This ceremony of indolence and little charity is what those in the hospitals call ‘to put the owl,’ and the nurses went to sleep leaving him to die whenever he pleased.”

Uk’ay Ajbuj: Otherworldly Owls in the Mundo Maya by Harri Kettunen offers a detailed look at owls in Maya culture, explaining that when an owl circles around a house, it means that within 15 days someone who lives in that house will die.

“Among the Ch’orti’ Maya, birds are commonly referred to as ajba’xmut, lit. ‘sorcerer-birds’, since they possess the ability both to foretell and affect the future.So closely are birds and omens associated that the term for “bad omen” is also ajb’a’xmut.”  (Kettunen)

When you read Gods of Jade and Shadow you might notice that Vucub-Kamé, who can see the future, is the master of the owls in this book, which seems appropriate considering the link between prophecy and owls.

Other animals appear in the novel and every character seems to share an association, whether explicit or more subtle, with an animal. The sorcerer huey chivo is obviously linked with a goat, since that is what the name means. Casiopea Tun, the heroine of the book, is nicknamed ‘firefly.’ Reading Maya Art: A Hieroglyphic Guide to Ancient Maya Painting and Sculpture by Andrea Joyce Stone and Marc Zender explains that there seems to be an association between the Underworld and fireflies: “The Maya saw a kinship between certain hard, shiny insect carapaces and bones.”

It’s therefore rather fitting that Casiopea should thrust her hand into a chest and find it is filled with bones, hence beginning a magical quest.

Tags: gods of jade and shadow