UNTAMED SHORE, my 1970s Baja California noir which originally came out with a small press a few years ago, will be released in a new edition in the USA with a new cover (left image below) on September 19, 2023. It will be available in the UK through Quercus in February 2023 (with a different cover, right image below). Pre-order now. 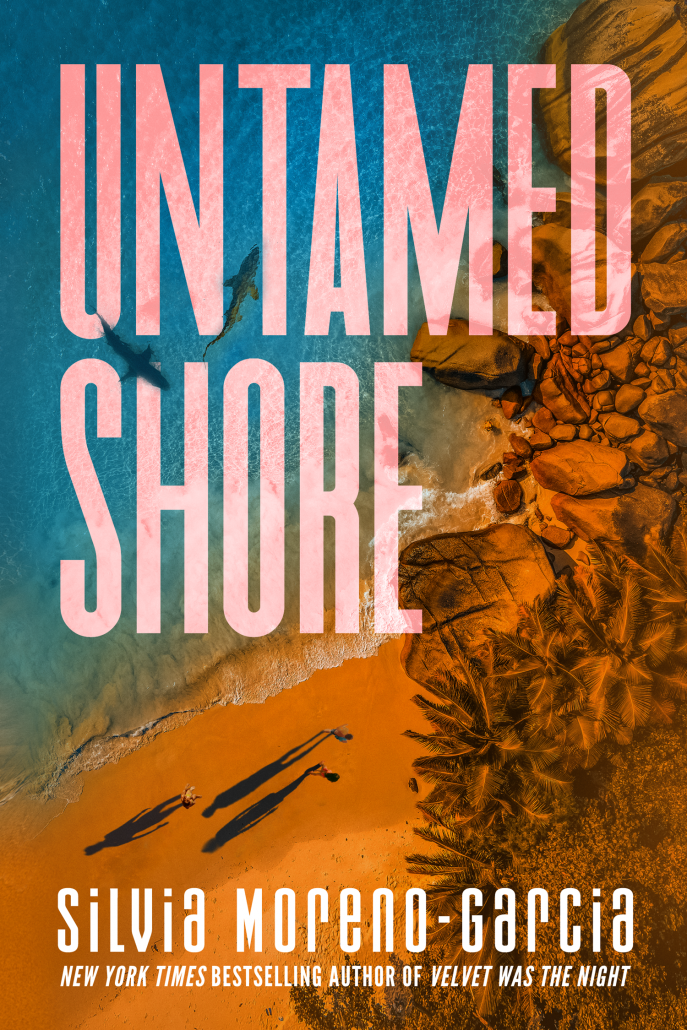 Baja California, 1979: Viridiana spends her days under the harsh sun, watching the fishermen pulling in their nets and the dead sharks piled beside the seashore. Her head is filled with dreams of romance, travel and of a future beyond this drab town where her only option is to marry and have children.

When a wealthy American writer arrives with his wife and brother-in-law, Viridiana jumps at the offer of a job as his assistant, and she’s soon entangled in the glamorous foreigners’ lives. They offer excitement, and perhaps an escape from her humdrum life. When one of them dies, eager to protect her new friends, Viridiana lies – but soon enough, someone’s asking questions. It’s not long before Viridiana has some of her own questions about the identities of her new acquaintances.

Sharks may be dangerous, but there are worse predators nearby, ready to devour a naïve young woman unwittingly entangled in a web of deceit.