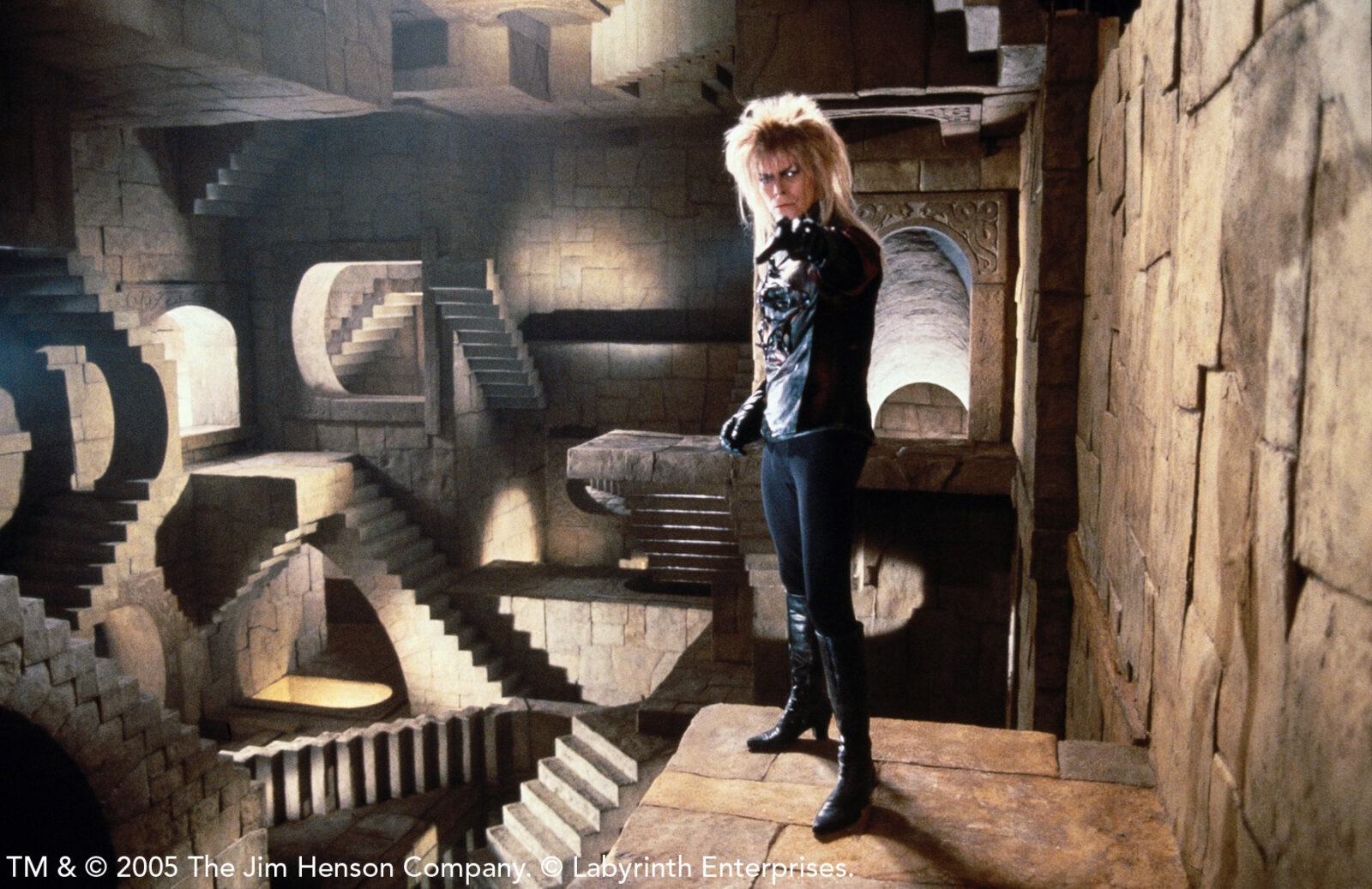 Hey, remember that 80s film called Labyrinth? Sure you do. It featured Jareth, played by David Bowie, as a rather unhappy monarch who seems fed up with his lot in life, which seems to include kidnapping babies and getting a crush on teenagers. And shaking his hips.

Talking about his character, Bowie once said Jareth “rather reluctantly inherited the position of being Goblin King, as though he would really like to be – I don’t know – down in Soho or something.”

If you view the video “Underground,” you can construct a narrative in which Jareth indeed leaves his magic kingdom and goes on to become a successful musician in the real world. Nevertheless, the Labyrinth seems intent on pulling him back.

You could also make a case that in the video of “As the World Falls Down” we are looking at a now “human” Jareth in his role as a musician, still pining over Sarah. She’s now grown up, though, and doesn’t seem to fond of him.

Well, a recent commercial with Bowie could provide further evidence of Jareth in the real world! It’s not that hard to believe, when you observe this video, which recalls the ballroom scene in Labyrinth, that Jareth indeed became a singer and has now aged, like a regular man would. Oh, and he still has a propensity for young brunettes. Or maybe that’s older Sarah?

The other answer, of course, is that this guy is not Jareth, but a human doppelganger. That is possible because in the opening moments of Labyrinth we see some clippings of David Bowie. They are next to Sarah’s mirror. In the novelization, I believe this is supposed to be the boyfriend of Sarah’s mom, a famous actor. Holy Freudian enchilada.

The movie, however, does not explain why there’s a Jareth look-alike in the real world (unless it was all simply a dream and Sarah imagined Jareth, basing him upon a real person). Are there two men who look like Jareth? Is one of them a musician? Or did Jareth escape the labyrinth?

Well, it’s better food for thought than the hideous comic book sequel they published concerning this film. Or so I think.